One of the problems we run into when attempting to acquire Insurance for Nonprofits is the inaccurate or superfluous information built into the web sites of nonprofit organizations. Insurance company underwriters pay very close attention to web sites and will decline to quote coverage for a prospective client solely on the basis of web site content.

Some Nonprofit’s inadvertently (or purposely) include content on their websites that implies that they are involved in activities that are risky from the point of view of the insurance company. Sometimes the websites are outdated and contain information on programs or activities that are no longer part of the Nonprofit’s operations that reflect poorly on the organization’s current operations.

Here are some recent examples we have encountered:

1)  A committed but relatively benign animal rights advocacy group posted information on an unaffiliated individual activist that had successfully broken into an animal testing site in Russia and released a number of captive Foxes. The content implied that the activist was directly associated with the organization—but in fact the organization had no operations in Russia and had no affiliation with the activist. Nor did the Nonprofit engage in or support any direct action. The website was not an insurability factor until the insured’s carrier none renewed for reasons unrelated to the web site. When the account was marketed not a single carrier offered a quote. All declined due to the content on the insured’s web site and the percieved associated liability.

2)  A local environmental nonprofit sued both the County and Regional Land Management Agencies to compel compliance to land use laws. The details of the litigation were prominently stated on the nonprofits web site. At renewal the nonprofits carrier did a routine review of the organizations web site and promptly issued a non-renewal notice. Although the nonprofits efforts were laudable no other carrier (NONE) would offer coverage. Insurance companies are, for obvious reasons, not interested in offering coverage to organizations that engage in litigation. Even though this might have isolated action on the part of the Nonprofit they still (albeit innocently) chose to feature it prominently on their web site.

3)  A Youth Services organization whose mission is to provide programs for at risk youth involving team building exercises and self-confidence training  stated on their website that their programs included Martial Arts training and Mountain Biking classes.  No such activities were available through the program nor had they ever been. When building the web site the organization included a wish list of programs as if those programs actually existed. The erroneous information on the web site rendered this organization uninsurable.

It seems counter intuitive that an organization would not want to prominently display their perceived successes or even the successes of others that are in support of the Nonprofits mission but in fact nonprofit organizations must be very editorial when it comes to their web sites. The most innocent seeming content may lead to the wholesale rejection by insurance company’s underwriters.

Insurance for Nonprofits is always closely underwritten.  Keep in mind that insurance companies are obligated to their members, owners and stock holders. Proper Underwriting decisions are key, not to the maintenance of the financial health the company, but also have regulatory implications. Insurance company underwriters are obligated to identify extraordinary risk and reject applicants that they believe may lead to large claims against the insurer.

Insurance for Nonprofits is a necessity for most organizations. Most carry at a minimum Nonprofit a Directors and Officers policy as well as General Liability coverage. Even the most innocuous inclusion on the nonprofits web site will be noticed and analyzed by insurance company underwriters. If the underwriter perceives added risk based on the web site content they will likely refuse to offer coverage. 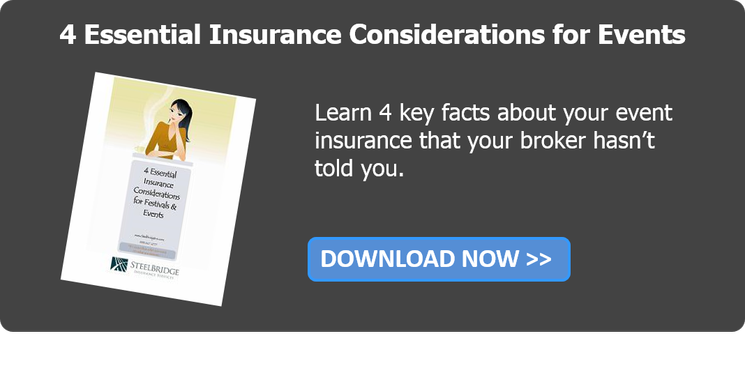 Accidents & Insurance for Nonprofits
Are Additional Insureds putting your Nonprofit Insurance at Risk?